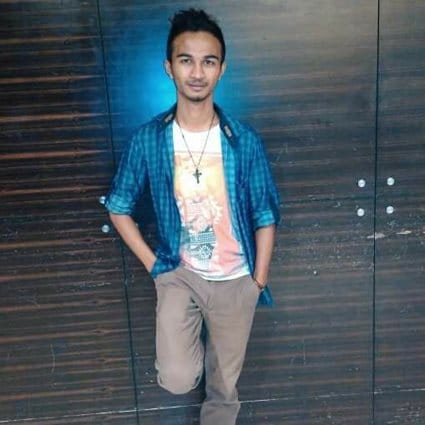 Heroic tales often have a heartbreaking end, just like in the case of this brave heart from SOS Village Shillong

A 23 year old man from SOS Village Shillong lost his life while he was trying to save a father and his son at Kudle Beach in Gokarna, Karnataka.“A true hero isn’t measured by the size of his strength but by the strength of his heart.” – Hercules

In a world full of pop, fantasy, film and sports heroes, we should never forget to look up to the real heroes with real courage, strength and stories which remain in our hearts forever! Wanteilang Jyrwa is one such hero with a story that had a heart breaking end. This 23 year old man from SOS Children’s Village Shillong drowned in the Arabian Sea on August 14th, 2017 while trying to save two fellow tourists at Kudle Beach in Gokarna, Karnataka. Thus, the life of a kind soul was snuffed out way before time!

On August 12, 2017, Wantei went on a vacation with his friends to Gokarna, situated in Uttar Kannada District of Karnataka. Amit, Vishnu, Satish, Santosh, Sanket and Biswajyoti were a happy bunch enjoying some leisurely time. On August 14, they went to visit the Kudle Beach. At around 10.00 am when the boys were taking a dip in the sea, they witnessed an increase in the water level due to high tide. Realising this, they started to return. It was at this moment, the boys heard a call for help from a father and son, who were drowning in the sea. Noticing this, Wantei turned around and ran to help them. It was a spontaneous decision that changed everything forever. He got swept away by the big waves along with the father son duo. All three of them disappeared in the waves and it was after 15 minutes or so that the other two tourists appeared on the shore. But Wantei never came back!

The incident was reported to the life guards immediatey, who came with their equipment, looking for any trace of him. The matter was reported to the police when Jyrwa was nowhere to be found. On August 15, 2017 at 5.00 pm, his body washed up on the shore and it was confirmed that we lost our son, our hero forever. His body was flown to his home State Meghalaya on August 17, 2017 and was later taken to his native village at Diskiang for burial.

Born on September 15, 1993, Jyrwa came to SOS Children’s Village Shillong at the age of six with his siblings on October 11, 1999. He was a bright child since the beginning and studied on a scholarship from class II to XII. He cleared his class XII Board Examinations with flying colors in 2013 and went on to pursue BASLP (Bachelors in Audiology and Speech Language Pathology) from MERF Institute of Speech and Hearing, Chennai.  Further, he went on to pursue Masters in Audiology at AIISH (All India Institute of Speech and Hearing) in Mysore, 2017 which he would have finished later this year. Wantei was not only good in academics but was also very active in extra-curricular activities in school and college. He was polite and humble, always eager to help other out; hence adored by all!

JJ Kylla, Chairperson of the Child Welfare Committee, Ri-Bhoi district, KB Warjri, Principal of Jyrwa’s school, Anoop Singh, Village Director of SOS Children’s Village Shillong, leaders from the Presbyterian Church, Malki and relatives and friends of Jyrwa paid their last respects to the boy. About this heart-breaking incident, Jyrwa’s Principal from Seven Set Higher Secondary School said, “We have lost a gem. He was a brilliant and humble student. He passed his matriculation in the 1st division in the year 2011 along with distinction in four subjects.”

Meanwhile, the Ka Lyngpung Ki Seng Kynthei has asked the state government to give due recognition to Wanteilang Jyrwa and honour his sacrifice.

It is a sad moment for all of us at SOS India due to the irreparable loss. We hope that Jyrwa’s soul rests in eternal peace. With profound grief, Ms. Anuja Bansal said, “In his death, we have lost a great soul who was full of promise and life of fulfillment and happiness lied ahead of him. The Organisation has lost a young son. My heart goes out to his grieving family. May he rest in peace!”

Wantei was a real life hero who sacrificed his life for two strangers who survived, thanks to his act of bravery. He will be dearly missed by each one of us at SOS India. He will live on forever in our hearts, young, brave and strong!