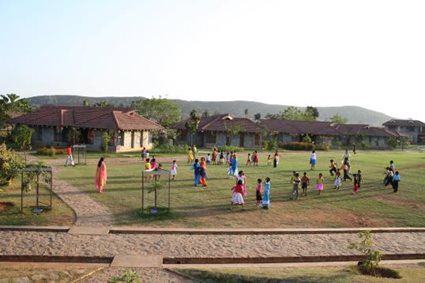 Rourkela is the third largest city in the state of Odisha. It has one of the largest steel plants setup by SAIL known as Rourkela Steel Plant; the city is also known as the Steel City and has attracted many industrialists over the years.

Odisha is one of the poorest states in India. Among the many social and economic problems that persist in the city, the major concern is child labour, especially for abandoned and parentless children. Majority of the families in Rourkela live in severe poverty and suffer to make their ends meet. Children belonging to these families suffer to a great extent and are often exposed to child trafficking.

The SOS Children’s Village in Rourkela was founded in the year 2001. It emerged as a result of a cyclone that devastated a large portion of the state of Odisha in 1999. As a result of the disaster, millions of the people were rendered homeless. More than 15,000 people were killed leaving behind many children abandoned and parentless. SOS Children’s Villages of India responded immediately by setting up Relief Camps and brought home many children to the existing Children’s Village at Bhubaneswar. The relief work was appreciated by the State Government and the community at large. In view of a large number of children having been rendered homeless and orphaned by the cyclone, there was a need for establishing a new SOS Children’s Village in the State. The government of Odisha allotted 8 acres of land in Rourkela to SOS India to be dedicated to the service of these children.

The village started its activities in Rourkela in 2003. At present, SOS CV Rourkela nurtures and takes care of 151 children at its facility. All children are welcomed to the village and are provided a loving home under the Family Based Care programme, where every child grows up under the care of an SOS Mother, who is assisted by an SOS Aunt.

All major festivals at the village are celebrated with great joy and fervour where children take part in cultural activities and programmes along with their family members.

At present, the total strength of youth at our facility in Rourkela is 97. Our children not only are motivated to perform well in academics but are also encouraged to be active in co-curricular activities like sports, dance, music, art etc. While many of our youths are still studying in schools and colleges, rest are employed and are leading an independent life.

Our youths, although, may not live with their family within the same family home, but the bond between them and their mother and siblings is always protected. Mothers can always visit the Youth House whenever they wish to and the boys, too, can come over to meet their brothers and sisters as and when required.

SOS Rourkela has its target FSP group around the Sundergarh District. FSP here was established in 2009 and consists of children and caregivers from socially backward and poverty stricken households. SOS India lends them support for their economic development as well as overall development of their children. At present, the total number of beneficiaries under the FSP in Rourkela is 876.

SOS India addresses to their essential needs through ‘packages of services’ i.e. nutrition, health and education and psycho social aspects in order to help them sustain a well rounded and healthy life. Once a family becomes self-reliant, it phases out from the programme and is replaced by a new family. The families in the programme are supported for different income initiatives like agriculture, livestock, tailoring, ladies garment, petty shops and petty vending. For income generation, trade specific trainings like EDP, exposure visit, training on agriculture and livestock and kitchen garden are facilitated.