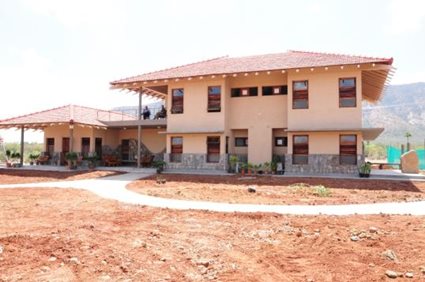 Tirupati is situated in the Chittoor district of Andhra Pradesh. The growth in the city’s economy and infrastructure has been rapid over the years. However, along with this growth, poverty levels in Tirupati have also seen to be rising.

The SOS Children’s Village started its activities in Tirupati by early 2012. At present, there are 118 children living in 12 family homes under our care. These children are nurtured by eight SOS Mothers and six SOS Aunts, who nurture them in a loving environment.

Children at SOS Tirupati not only strive towards excelling in academics but are also active in sports and other co-curricular activities. Various awareness programmes are organized by SOS India on social issues such as child rights, gender equality etc. to keep our children well aware and updated about the ongoing issues in their surroundings.

In addition, seminars and workshops are also conducted for children on spoken English, computer coaching and career counselling in our premises.

At present, the total number of youth in our facility adds up to 56. The academic records of all our children have shown significant improvement over the years and are only seen to be getting better.

At SOS India, we ensure that all developmental needs of children are well catered to. Medical camps are organized in our facility at regular intervals to monitor health of adolescent boys; in addition, young boys are also involved in sports and other physical activities for the same.

All festivals of national and international significance are celebrated with great joy in the village. Mothers along with their children in the family home and youth house gather together and indulge in merry making of all special and significant occasions and days.

The Family Strengthening Programme in Tirupati was initiated with the aim of uplifting vulnerable families out of the vicious circle of poverty and help them reach self-sustainability. At present, FSP Tirupati has under its care 451 beneficiaries.

Not only does SOS India provide financial aid to these families, it works towards their capacity building in order to make them capable enough to sustain themselves. Various training programmes and workshops are held under the FSP, where families are helped to realize their highest potential. Children belonging to families under the FSP are enrolled in schools and are also given free computer and tuition classes.