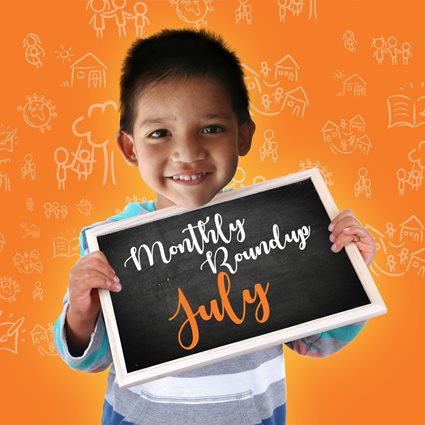 2. SOS India announced as the winner for Responsible Business Awards 2017: Best Community Programme Leadership: The Responsible Business Awards is a meeting hub for the sustainability industry. It is a platform that gives you the opportunity to get practical advice and inspiration and insights given by leading companies and experts, respectively. This year, the Responsible Business Awards were divided into various categories where leading companies and organizations took part in. It is a proud moment for all of us to announce that SOS Children’s Villages of India was announced as the winner of the Responsible Awards 2017 under the category of Best Community Program Leadership. The award was given for its remarkable contribution to the society with respect to the cause of child welfare. The awards ceremony took place in Mumbai on July 7th, 2017.

3. SOS India successfully completes its 2nd Edition of Internship Programme SOS Buddy: The 2nd edition of the internship programme SOS Buddy by SOS Children’s Villages of India was initiated in the month of June this year. The programme called out for smart, self-driven youth to come and work within a well-existing organization to contribute to the life of underprivileged children by working towards raising funds. The internship took place in three locations in India: Bangalore, Delhi and Mumbai; the programme continued for six weeks. The internship was divided in two batches in Delhi; one was held from May 31st to July 11th and the other batch was held from June 5th to July 15th.

The SOS Buddy Programme concluded successfully with an award ceremony on July 14th and 21st for batch one and two respectively, where interns were awarded certificates, trophies and stipend for their performance.  Further, a presentation on the journey of interns as SOS Buddies was also showcased on the final day.

4. Exposure visit to IIT Guwahati: An exposure visit to IIT Guwahati was organized for children from SOS Village Guwahati and SOS Village Hojai in the month of July. This was done in order to motivate our children to aim high and achieve their dreams. During the visit, children were educated about everything they needed to know about preparing for IIT and other professional courses. In addition, they were also given a tour of various labs at the institute including Bioengineering, Chemistry, Physics and Bioscience.

5. Three children from SOS Village Nagapattinam awarded for outstanding results in class X Board Examinations: Three children from SOS Children’s Village Nagapattinam received cash awards of INR 7500 from the Midtown Rotary Club for scoring above 90% in the class X board Examinations. In addition, two children Sneha and Durga received a cash award of INR 1000 for scoring 100% in Science and Mathematics, respectively. On behalf of the children, their mothers collected their prize, since they were away in the boarding school.