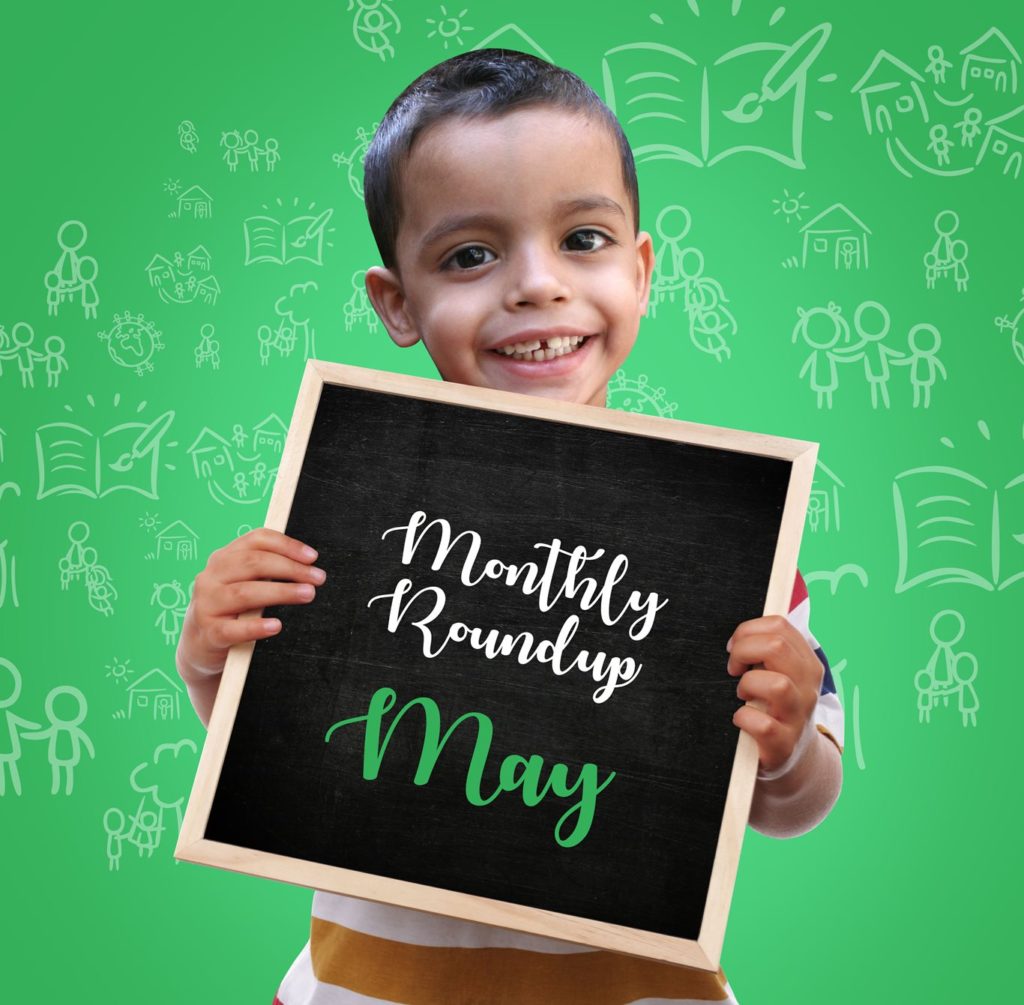 2. SOS India inaugurates its first Model Village Project at Reha in Bhuj:
SOS India has launched its first Model Village Project at Reha in Bhuj under its Family Strengthening Programme; Reha Village is the pilot project under this programme. It is a new intervention structured to create sustainable rural communities. The scheme focuses on converting regular villages into well developed, modern villages. This would be aided by the joint contribution of SOS India and other partners in five years.
The inauguration ceremony was a huge success and witnessed the presence of Chief Guest Shri Vasanbhai Ahir, Parliament Secretary, Reha Community Leader, Mr. S. Sandilya, President, SOS Children’s Villages of India, Ms. Anuja Bansal, Secretary General of SOS India, SOS CV Bhuj family members and the families of the Reha Village Community.

5. Mother’s Day Celebrations at SOS Children’s Villages:
Celebrated on May 14th, Mother’s Day was celebrated in all SOS Children’s Villages across India. In Srinagar, a full day outing for all mothers and aunts was organized where they were taken to the famous Sindh View Park and arrangements for their lunch were made. In Kolkata, mothers were surprised by the combined efforts of their children, wherein they started the day by cooking breakfast for them; a day full of celebrations followed after the morning surprise.  In SOS Village Guwahati, all mothers and aunts were taken for a movie screening at the cinema hall, followed by lunch; visit to Gandhi Mandap and Kasturba Ashram were also organized and were part of the day long celebrations.
Cultural programmes and merry making were witnessed in all SOS Children’s Villages across India. Messages from the President and the General Secretary of SOS India and were read aloud for all mothers, aunts and co-workers in all villages; this was also accompanied by the screening of a special Mother’s Day Documentary to pay tribute to all our mothers. The documentary depicts the journey and life of a mother in SOS Children’s Villages.
Click here to watch the video: https://www.youtube.com/watch?v=gTu_PXo9CCw

SOS India celebrated the spirit of Motherhood with Hella India at SOS Greenfields. The event marked the presence of Mr. Ramashankar Pandey, MD, Hella India. The cultural presentation by children of SOS Greenfields made the day memorable. Experience sharing of mothers was also part of the event.

6. Youth from SOS Faridabad observe World No Tobacco Day by raising awareness about the ill effects of Tobacco:
May 31st is observed as the World No Tobacco Day across the world. On this occasion, youth from SOS Children’s Village Faridabad decided upon raising awareness among people about the negative effects of consuming tobacco and conducted an anti-smoking campaign. The campaign included a rally which was initiated from 31 SLF Mall and extended to the industrial area in the city. Interaction was done amongst people on individual and group level about negative effects of Tobacco on the environment and how it threatens women, children and livelihood. Our message involved convincing people to quit smoking to lead better and healthy lives. In addition, this year the World Health Organisation is highlighting the impact tobacco consumption has on the development of a nation and its related economic cost.

7. SOS Mother Geeta Singh from SOS Village Khajurikalan receives the Helmut Kutin Award:
SOS Mother Geeta Singh from SOS CV Khajurikalan has been honoured with the Helmut Kutin Award for the year for her selfless service in the lives of disabled children.  Ms. Geeta Singh started her career as an SOS Aunt at Mothers’ School Faridabad in the year 2003. She graduated to the position of Mother at SOS CV Khajurikalan in the year 2004. She has been a caring mother to 12 of her special children.The Helmut Kutin Award recognizes performances of all co-workers of SOS India. Evaluations are made keeping in mind the difference an SOS Co-worker makes in the life of the children and families in SOS India. As a criterion, only employees of SOS Children’s villages can be nominated; the nomination is then followed by an online voting process where all co-workers are invited to contribute.

8. Class X and XII Board Examination Results- SOS Children’s Villages
(a) Results from SOS Villages: Children at SOS Villages are constantly motivated to do well in life. Focused efforts are made in order to help children realize their highest potential. This year, SOS India is very proud to announce the exemplary academic results of children from class X and XII.