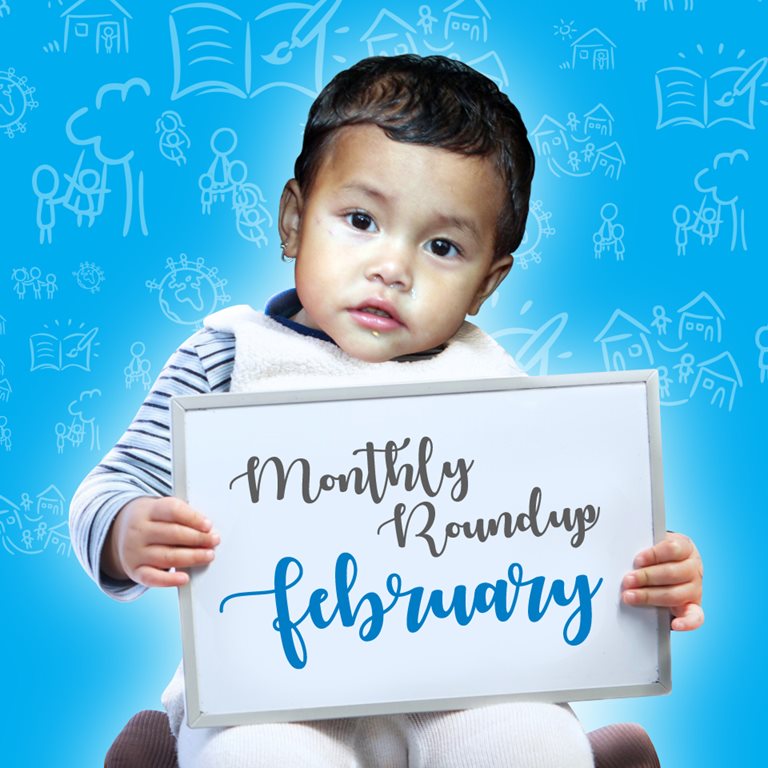 On February 21, 2018, Congress Party president Mr. Rahul Gandhi spent a wonderful afternoon with the children of SOS Village Guwahati. Appreciating the song and dance performance by our children, Mr. Gandhi encouraged them all to cultivate their talent. He was also briefed on our Vision and Mission while taking a tour of the Family Homes. Before leaving he said, “Thank you for a wonderful visit. This is a superb concept and needs to be expanded.”

SOS India thanks Mr. Gandhi for giving us his valuable time. It was a moment of great joy and honour for our children, mother and all co-workers to have him with us.

2. Our children from SOS Village Kolkata take part in Safe Drive Save Life

At the 41st International Book Fair held on February 11, 2018, Bidhannagar Police (East) in collaboration with the West Bengal Traffic Police initiated an event on Safe Drive Save Life. Our children from SOS Village Kolkata took part in the event for which they were also given a formal training by the Deputy Superintendent of Police. A quiz competition was also organized for children as part of which, 29 children and youth together from the Children’s Village and Youth Homes from SOS CV Kolkata participated.

Children along with co-workers were taken to book fair by the Bidhannagar Police Officials. They were welcomed by Mr. N. Basu, Deputy Superintendent of Police (Traffic) and the Office In Change of the Bidhannagr Police Station (East). In addition, the event was graced by the presence of other higher traffic guard officials.

3. Our girls from SOS Village Kolkata make us proud!

Shout out to our girls from SOS Village Kolkata, who won themselves recognition for their dancing talent at a programme organized by the Central Reserve Police Force (CRPF) on the eve of Republic Day 2018. The certificate of appreciation for the same was given to them on February 3, 2018 at the CRPF campus.
Thank you CRPF 3 battalion for the encouragement!

Two children named Shrawan Kumar and Gorelal, both aged 12 years, from SOS Children’s Village Begusarai have been selected for the Rajya Bal Shree Honour for the year 2018. They are among the 20 selected children from the state of Bihar to represent and compete for the Rashtriya Bal Shree Sammaan, which will be held at New Delhi on April 21, 2018.

Both the boys were felicitated by the District Nodal Officer at the Government Middle School, Begusarai. https://egfwd.com Additionally, all 20 selected children will be felicitated at Raj Bhawan by the Honorable Governor of Bihar after the National Event at Delhi.

SOS India is very proud of Shrawan and Gorelal. We wish you all the best for the finale!