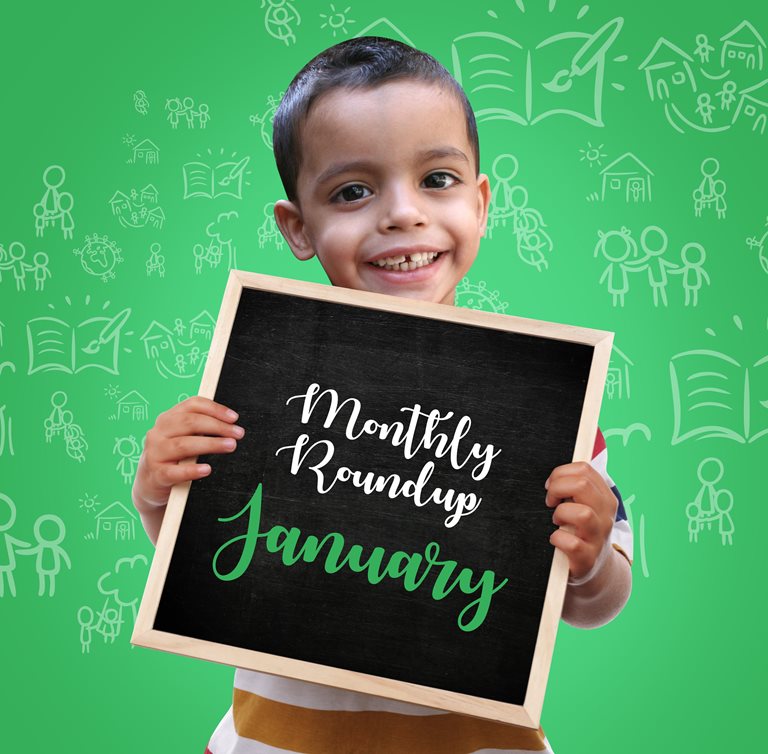 1. Our young achievers make us proud: Arjumand and Zamrooda from SOS Village Kashmir made us proud with their outstanding performance in class 10. While Arjumand scored 96.8% and bagged the 3rd position in school, Zamrooda on the other hand scored 93.8% and was ranked 8th. SOS India is very proud of them! find out

2. National Girl Child Day Celebrations:  Our girls Gauri, Sunita, Anjali, Anadi and Aditi from SOS Village Faridabad received a cash prize of INR 5100 and a certificate each for their outstanding performance in drawing, singing and painting competitions held in the Village. These events were organized as part of the National Girl Child Day Celebrations this year. The prize distribution ceremony was held at Panchkula, Haryana on January 24th, 2018, where Smt. Kavita Jain, Minister of Women and Child Development, Haryana felicitated our young girls. SOS India congratulates them all!

3. Trainee IAS Officers Visit SOS Village Puducherry: The 2017 batch of IAS Officer Trainees visited SOS Village Puducherry of January 28th, 2018. The group was taken on a tour of the Village and visited Family Homes, where they interacted with children and mothers. This was followed by a tree planting activity and a friendly match of Cricket. The experience was enriching for both the trainees and our children.

Topics like career progression on Aviation and Space, types of jobs available in the Aviation Industry for youngsters and minimum qualification to apply for such jobs were discussed extensively with children.

5. Subho at the Indian Super League: Subho Bhowmick, a youth from SOS Village Kolkata got the opportunity to visit Vivekananda Yuva Bharti Kirangan to watch the Indian Super League match between ATK (Atlético de Kolkata) and Jamshedpur FC on January 28th, 2018. Subho was invited to deliver the match ball to the players and was sponsored by DHL. He was accompanied by a co-worker from SOS Village Kolkata. On reaching the venue, the boy was provided with a t-shirt from DHL and was then taken for the Ball Delivery Ceremony. He then handed over the match ball to the team captain of ATK. The match began at 8pm.

6. Surya’s honesty makes us proud!
On his way to the nearby market, Surya Prakash, a youth from SOS Village Jaipur found some Euros lying on the road. On seeing the money, the boy decided to pick it up and surrender it to the Youth Co-worker at SOS Village Jaipur. The co-worker immediately reported this to the Village Administration and from there; it was brought to the knowledge of Government Officials.

Surya’s honesty was appreciated by the Commissioner. He also praised SOS Children’s Villages and how well their children are brought up. He congratulated SOS Village Jaipur for the same and intimated for an official appreciation letter to be issued soon for the boy.