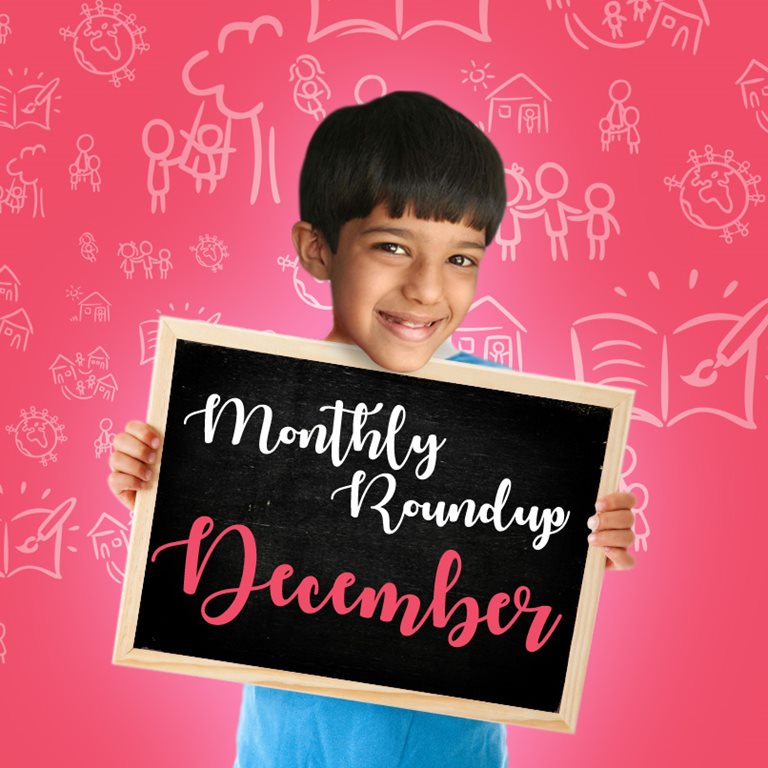 1. Launch of Crowdfunding Campaign on Ketto: SOS India launched a crowdfunding campaign on Ketto to raise money for the stationery supply of a child for a month. This gave a platform to many people to donate as little as INR 80 to spread happiness and joy in the life of many young children.
Click here to visit the campaign: http://bit.ly/DonateForStationery

2. Wish Tree at Snapdeal and Great India Palace (GIP) Mall: To make the festive season merrier, employees of Snapdeal got the opportunity to contribute and donate for the children of SOS Children’s Villages of India. For the same purpose, a Wish Tree was placed within their corporate office in Gurugram on the 27th and 28th of December, 2017 from 9:30am-6pm.
A similar event also took place at the GIP Mall, Noida from 21st to 23rd December, 2017 from 10:30am-9pm.

4. AIMA Award 2017: SOS Children’s Villages of India won the award for ‘Breakthrough Innovation in Sustainability and Corporate Social Responsibility’ as part of the 7th Edition of the Innovation Practitioners Summit 2017 of AIMA (All India Management Association). This meet was also covered by four leading publications mentioned below:
The Tribune: http://bit.ly/TribuneIndia
The Retail Times: http://bit.ly/Theretailtimes
EducationWorld India: http://bit.ly/EducationWorld
Easy Shiksha: http://bit.ly/EasyShiksha

6. SOS India partners with SPAR to celebrate the Season of Joy: SOS India in collaboration with SPAR India Hypermarket began the ‘Gift a Wish’ Campaign to 7200 children of SOS Children’s Villages of India to celebrate the season of joy. With this campaign, on buying any SPAR product, 1% of the customer’s amount was redirected to SOS India. 18 SPAR Hypermarkets across eight cities collected gifts to be distributed among 7200 children in India.

Lead to Lift: Vision of the Youth