India’s Youth; The Face Of Tomorrow 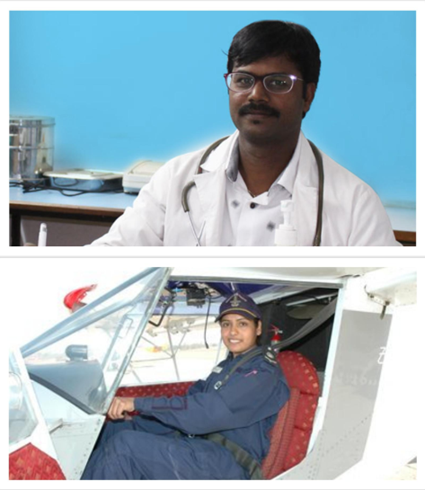 “The youth of today are the future of tomorrow” – Nelson Mandela

Living in a time where everything is rapidly changing and increasing, giving us a broader range of opportunities, it is unsettling how unemployment among youth is increasing at a faster rate than ever. India’s rapidly growing Gross Domestic Product (GDP) is not making significant additions of jobs. With two thirds of the population being under the age of 35, India houses the world’s largest youth population.  According to a report, by 2020, the average age in India will be 29, making India the world’s youngest country with 64% of its population in the working age group.

Unfortunately, over 31 million of these youth in India are unemployed.

The causes behind unemployment are complex. Amongst youth, it is seen to be increasing at a dangerous rate, making it the concern of the hour. Reasons behind unemployment range from lack of proper education, inadequate skill development, market restrictions to simply because more and more youngsters are turning into entrepreneurs.

As per the United Nations, young people are continuously exposed to lower quality jobs, greater labor and market inequalities. Women are at a greater risk of being under-employed, under-paid and having lesser stability of jobs. Despite having the knowledge that education and training are the key determinants of success in the labor market, existing systems are failing to cater to the needs of many young people. Study shows that a large number of youth have low levels of achievement in basic literacy and numeracy. Keeping these circumstances in mind, United Nations General Assembly decided to designate 15 July as World Youth Skills day, to raise awareness on the importance of investing in youth skills development.

SOS India has been working for the holistic development of youth for over 50 years by developing essential skills in children starting from an early age. In the 32 Children’s Villages across 22 states in India, each child is given proper education and later instilled with ethics and skills required to have a sustainable future.

SOS India functions around its two flagship programmes Family Based Care (FBC) and Family Strengthening Programme (FSP). Whereas FBC is a curative model that provides a family like environment for parentless children to grow up in, FSP is a community intervention programme to prevent children from losing parental care. While young girls continue to stay in the Family Home, boys at the age of 12-14 years are shifted into a youth facility called the Youth Home. her latest blog

SOS Youth Homes provide young boys with vocational training, sports, art and desired higher education; enabling them to attain employment in future. Youth Homes organise various seminars and workshops to educate youngsters about social issues like child labour, gender equality, sex education, importance of health and hygiene and environment conservation. In addition, arrangements for training in areas like spoken English, computer training and co-curricular activities are also made for youth. SOS India believes in not just providing adequate training but also enhancing existing skills in youngsters; this is done by giving them opportunities to participate in several in-house competitions like speech, extempore and essay writing.

Besides encouraging our youth to excel academically, we insist on making them responsible citizens as well. For this purpose, they are involved in managing Youth Homes and its daily chores. In addition, our youth also actively participate in government initiated drives like Swachh Bharat Abhiyan by cleaning their adjoining neighborhoods.

Among the many talented youth, one is Muruga. Leaving home at the age of five along with his elder brother, Muruga was brought to SOS Children’s Village Bangalore in 1992. Brought up under the loving care of his mother Girijamma, he proved his excellence in academics as well as co-curricular activities. SOS India identified his potential and helped him secure a full scholarship to pursue his 10+2 studies in Lester B. Pearson Pacific United World College, Canada. After completing his MBBS degree in 2012, he returned to India to become a certified medical practitioner. He is now doing his medical practice at JSS Hospital, Mysore. Alongside his practice, Muruga runs a small clinic where he gives free medical care to children, especially those with Cerebral Palsy, Down Syndrome and those who are hearing impaired. Additionally, Dr. Muruga also mentors young people who have dropped out of school, encouraging them to pursue their studies and their dreams. He says,

Growing up in SOS Children’s Village Bangalore, I always aspired to serve the unwanted, unnoticed and unloved. For me it was very natural to follow this path and become a doctor, and in the true spirit of the medical profession, donate my time to serve some of the neediest people.”

Like Muruga, another youth who made SOS India prouder than ever was Hena Pore.

Hena was only a day old when she came to SOS Children’s Village Jaipur. Energetic and smart, she performed remarkably well in academics. After having completed her schooling from St. Xavier’s Senior Secondary School Jaipur, she pursued her Bachelor’s in Commerce from International College for Girls in Jaipur.

Hena went ahead and joined the National Cadet Corps (NCC) Air Wings during school. She was awarded as the best cadet in the National Air Show in 2006, held at Bengaluru. In the same year, she also became the First Woman Cadet from Rajasthan to fly a micro light air craft on the occasion of the Republic Day Parade, which was attended by Shri Manmohan Singh, the then Prime Minister of India. Later in 2010, she cleared the Services’ Selection Board Exam (SSB) and was inducted into the Indian Air Force as a Commissioned Officer. Presently, she is posted as a Flight Lieutenant at the Jamnagar Air Force Station and an inspiration for many.

With a billion people aged between18-35, India has a massive and powerful team of change makers. Turning quantity into quality is what we need to progress as a nation and SOS Children’s Villages of India is doing just that. More power to the youth!