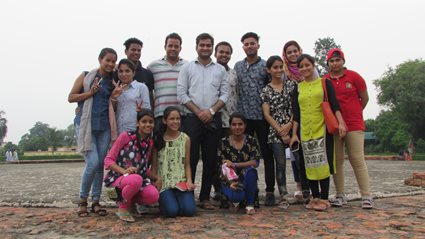 Youth has the power to drive the nation, take it to new heights. The world population of youth amounts to 1.8 billion out of which, 600 million reside in India; this makes it the largest and youngest country in the world. Our youth has the potential to shape an entirely new picture of India and keeping this in mind, efforts must be put into their health, education, skills and quality of life. visit this page

With over 35 thousand colleges in India, it is still a big question how nearly 31 million youth are unemployed. According to a study by the National Assessment and Accreditation Council, 90% of the colleges and 70% of the universities graded by the council were noted to be poor in quality. There is a serious shortage of teachers in the best of the institutions which results in wastage of nearly 50% of the working days in an institution every year. The Indian Education System is known to be rigid and stagnant. With the change in time, this system has failed to do the much needed revision of their curricula. This has resulted in producing unsatisfactory quality of professionals. India is starved of skilled labour and professionalism in youth, clearly indicating the need to work on their holistic development.

Realising the importance of youth and the change they can bring about in the society, the United Nations General Assembly declared 12th of August as International Youth Day. This day is dedicated to celebrating young people’s contributions to conflict prevention and transformation as well as inclusion, social justice and sustainable peace.

SOS Children’s Villages believes in the power and potential of youth as a result of which, The Youth Coalition 2030 Project was initiated. The purpose of the coalition was to define future strategy of the global work carried out by SOS Children’s Villages across the world. This witnessed the rigorous participation of youth in decision making and problem solving.

The selection process began with 120 applicants out of which, 22 were selected to form the National Youth Coalition Group 2030. After multiple rounds of interviews and proper screening, two youngsters Anadi Bisht and Ramesh Barri were selected to represent India in SOS International.

Anadi was brought to SOS Children’s Village Bhimtal at the age of four. Popular in school from the very beginning, Anadi was outstanding in academics as well as co-curricular activities. She secured an unbelievable 100% marks in all the subjects in school. She was selected for MUWC Norway Scholarship and pursued an IB Diploma from UWC, Norway. After being selected to represent her country at the international level, she resolved to make the most out of the opportunity. At this time, she also took part in the General Assembly held at Innsbruck in Austria. She was one of the four youths selected from countries all over the world to be the spokesperson.

She says, “ The most memorable part about the whole experience was meeting young people from different SOS Villages from across the world. It was amazing to find out that their way of thinking was very similar to ours”

Ramesh was brought up in SOS Children’s Village Visakhapatnam and is currently pursuing his MBBS from Maharaja Institute of Medical Sciences in Vijay Nagaram. He attended two international meetings organised in Tirana, Albania and Casablanca, Morocco. In addition to that, along with Anadi, he led the national consultations organised after the meetings.

He says, “As a member of the National Group of Youth Coalition, I travelled abroad for the first time and I can never forget the excitement and happiness. The whole experience was empowering as well as enriching. I learnt a lot through this initiative and this will have a lasting impact on me.”

Motivated, educated, healthy and empowered youth can bring a significant change in society. The future of the country wholly depends on the well-being of youth.

Benjamin Disraeli rightly said, “Almost everything that is great has been done by youth”