Joy of Giving- A Ripple Effect 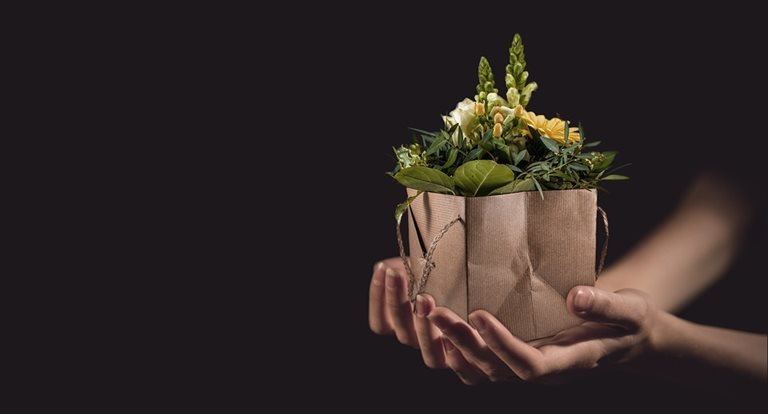 Daan Utsav, also known as The Joy of Giving Week, is a week-long festival that celebrates the spirit of ‘giving’. Observed from 2nd October (Gandhi Jayanti) to 8th October every year, it focuses on engaging people from different walks of life in various acts of giving time, skills, money and resources to those in need.

“Discover the joy of giving and you will discover the reason for living.”- Mark Victor Hansen

Suman Gaikawad is a single mother from a Scheduled Caste Community living in Kushtadham, Latur. She lives with her three children and is the sole bread earner of the house. Despite working day and night to ensure a happy childhood for her children, she could not break the grip of poverty and eventually gave in.

Suman was enrolled in SOS India’s Family Strengthening Programme (FSP) in 2013. As a primary aid, the FSP began its work with her by improving the condition of her Xerox shop; this resulted in an increase in her income instantly. While monetary assistance from SOS India was provided to Suman on regular intervals, she was also encouraged to actively participate in her own community events. With the help of the many trainings and capacity building programmes organized by SOS India, Suman became more and more aware of what was happening around her. She was one of the most dynamic women of the Jijamata Self Help Group and played a vital role as a member.

As time passed, Suman’s life started coming back on track. Realising the positive results in her life after the FSP intervention, Suman now wanted to help others in the same way. She became a peer educator for NGO Sahayog, which also got her many other opportunities to work as a teacher in the nearby areas. She was also elected as the Vice President of the Bhim Shakti Sangathan, where she helped women with their familial problems and worked relentlessly towards bringing a shift in the mindsets of people, who still held strongly to age old superstitions and taboos, hampering development of their own children thereof. She sincerely worked to decrease the school dropout rate of children in the area and also worked towards curbing child marriages of over 60 girls; this was a huge victory for Suman! In addition to this, she cleaned two bus stands of the Ahmedpur Block in order to set an example for other people and spread awareness about the importance of sanitation in one’s life. She was rewarded for this by the District Transport Mahamandal.

Suman was also an Asha Worker for the health department, where she extensively worked against domestic violence. ASHAs (Accredited Social Health Activists) are community health workers instituted by the Ministry of Health and Family Welfare (MoHFW), Government of India, as a part of the National Rural Health Mission (NRHM). Post this, she completed her Auxiliary Nurse Midwifery and worked on more such projects. In 2013, she started a small organisation called Balaji Sevabhavi Sanstha, an NGO that aimed at working towards women empowerment. There she conducted a short term course on Tailoring for young girls, where she encouraged more and more participation of women in order to develop their skills and help them reach self-reliance.

To top it all, today, Suman also has a bus conductor license given by the State of Maharashtra!

From losing all hope in life to becoming a role model for many women like her, Suman’s journey has been incredible. It is a testimony to the power of giving. A small contribution made by SOS Children’s Villages of India in Suman’s life not only made her self-reliant but also helped her regain her long lost confidence. Today, she has multiplied the support given to her by SOS India and is now reaching out to many more in need!

SOS India is very proud of her!