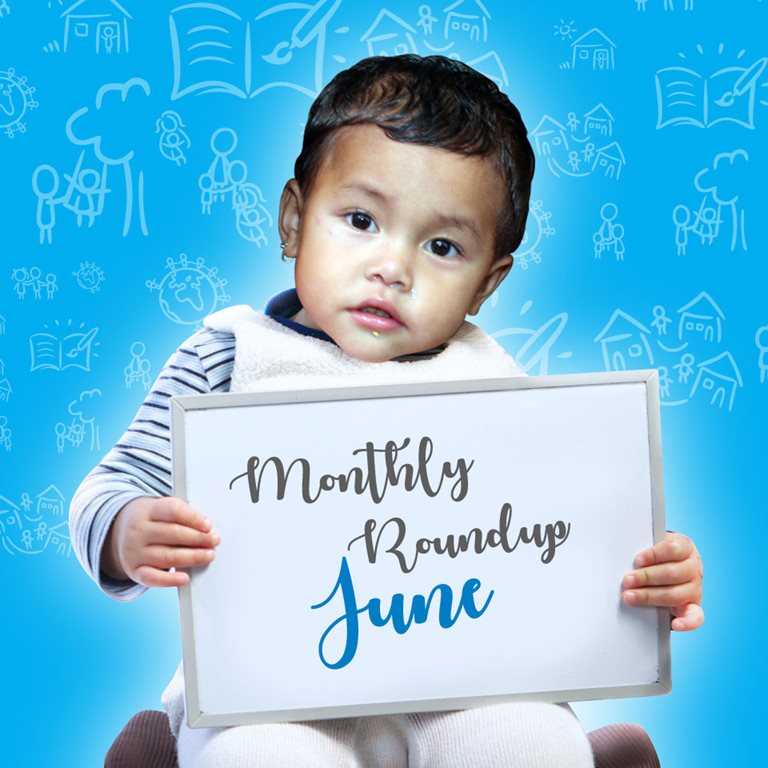 In order to attain good health, improvement of the mental health of individuals is essential. Our teams are specially trained to identify signs of trauma and anxiety in children and in their mothers. We quickly figured that lockdown meant disruption in routine, which may impact adversely children and their caregivers. Hence, in preparation, the teams deliberated solutions and restored normalcy and routine. One part was to keeping children and their caregivers engaged. The following activities were conducted to combat stress during Lockdown –

Being Kind to Yourself – Self Motivation

All of these activities built stronger camaraderie amongst children and their caregivers. The sense of purpose and routine helped navigate each day under house-arrest. Positive energies were observed as children and SOS mothers indulged into various creative engagements – such as cooking, painting decoration and gardening.  What a power of constructive engagement!

A massive disaster with a speed of 133 km/ hr went through Kolkata, North & South 24 Parganas, and East Medinipur on 20th May, 2020 between 6.30 p.m. to 10 p.m. The density and the strength of the Extremely Severe Cyclone Amphan in West Bengal gave a nightmare for the entire Eastern part of West Bengal and especially the coastal regions of the state. Our FSP communities situated in North 24 Parganas district, also got a major hit. All the big trees situated beside roads (major connecting), community areas and electric poles were damaged or uprooted due to which the roads were blocked. Entire city of Kolkata and nearby areas faced a major power cut and drainage system was chocked.

Damages and post Amphan situation at FSP Kolkata: animators of the FSP Kolkata team visited 30 families at the Narayanpur community. Due to water logging in the entire community the main road were blocked, but they tried their level best to have a snap of the family homes that were affected by the extremely severe cyclone Amphan. Majority of the households were hit severely. Our children and caregivers were frightened, as they did not have proper roof above their head. All the affected FSP families of our community were immediately provided with:

4. Carbolic acid (due to snake)

Severe cyclonic storm Nisarga made landfall in Alibaug in the coastal region of Maharashtra on 3rd June 20 (Wednesday) with heavy rain. As if Covid-19 wasn’t enough to devastate lives of people! The cyclone Nisarga came as a double shock for Alibaug. Thanks to our response teams on the ground. Based on the alert from the government authorities, the SOS Disaster Relief and Emergency Response team was activated. They prepared children, their caregivers and surrounding communities in Alibaug about the upcoming havoc. 50 FSP families were made to store dry food items, drinking water, torch, candles, matches, and basic medicines. They were advised to keep mobile batteries fully charged and keep a vigil about the situation. Even when the cyclone made landfall, the teams went around supporting all the affected households. Much needed financial support was provided from all our donors for the affected families in out FSP communities.

To support our SOS mothers in the times of lockdown, our team in Bhuj initiated an interesting activity – Quiz competition. The activity is drawn on the same template as famous TV series – ‘Kaun Banega Crorepati’. The idea was to engage the caregivers in stimulating discussions and also hone their understanding about children’s welfare. The quiz was designed on child protection policy of SOS, various aspects of it and the role of different stakeholders.  All the participant SOS mothers and co-workers enjoyed playing the mock game every evening. Can you imagine the fun filled environment, laughter and clapping of SOS Mothers in Children’s Village?

The children of CV Khajuri Kalan always leave their mark in the hearts of people by creating new inspirations. They are children with special needs, but they are just as ordinary as any other children, and as remarkable as children. In one such occasion they again exhibited their talents – i.e. on World Ocean Day, Our Education team member Preeti conducted a painting activity on theme “My Dream’s Ocean” for children. The activity is meant to develop imagination, inviting children to think and use their creative sides of the brain. The most endearing thing about children and their imaginations is that they paint the world in colours and ways adults can never think of. In this activity, some children drew mermaid, fishes, palm trees, while some made sun and the ocean meeting at the horizon. All the children were elated and were immensely proud of their creation. And we are proud of them.

As we all know Maharashtra State has been worst hit by COVID 19. Every day the number of positive cases are increasing. The community of Upper Indira Nagar in Pune is marked as red zone. To support these struggling families, under our Family Strengthening Programme, we partnered with Piaggo Group to distribute Dry ration kits to 73 families. It helped them, especially the women and children who were finding it difficult to cope. The support was timely and we are grateful for the generosity of Piaggo.

SOS Day – One person can make a difference. Working together will make lasting changes!

Every 23rd June SOS Children’s Villages of India marks the day as SOS Day, as it is the birth anniversary of our Founder Dr. Hermann Gmeiner. This year it was his 101st birthday. Each Children’s Village celebrates it with much enthusiasm however, during lockdown this year, the celebrations were not as pronounced, as we like them to be. Nevertheless, the enthusiasm was intact. One such example is Guwahati – in the Children’s Village, while maintaining social distance with the day began with a cleanliness drive, followed by tree plantation. Each Children’s family was given with a sapling to plant in their backyard. Later, everyone mustered and paid their tribute to our Founder by garlanding the statue of Dr. Hermann Gmeiner. Each family made sweetmeats at home and shared with others. House-wise Singing and Caption Writing competitions were organized online beforehand. The family houses recorded their songs sent their video clips to the respective co-workers and were judged by outside professional singer. Likewise, Captions were also sent and judged. Fun games were organized where children and mothers participated and enjoyed the day, remembering our Founder and eating delicious food and sweets.