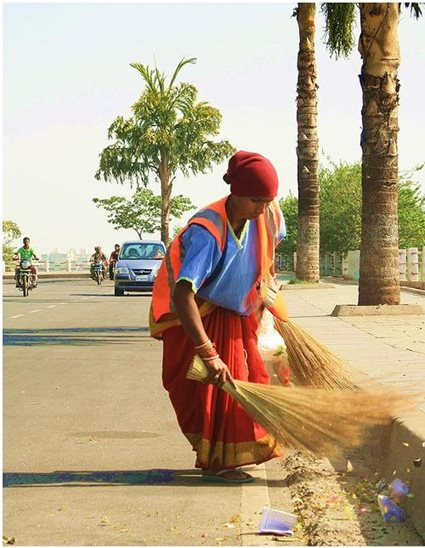 “Sanitation should not be seen as a political tool but should only be connected to patriotism (Rashtrabhakti) and commitment to public health.” – Narendra Modi

October 2, 2017, marks three years of the Swachh Bharat Abhiyan, which is also celebrated as Gandhi Jayanti.

The Swachhta Hi Sewa campaign was a sanitation campaign which was initiated nationwide on September 15, 2017 and concluded on October 2, 2017.

SOS India believes in striving to achieve maximum child participation in development activities. As part of the Swachhta Hi Sewa campaign, below given activities were carried out in various SOS Children’s Villages:

1. SOS Village Bhopal: In SOS Village Bhopal, 28 children from Chetana Baal Panchayat (Kiran Nagari Cluster- Family Strengthening Programme), Shourya Dal members and ward member of Ms. Lakshmi Thakur were involved. These children took on the responsibility of cleaning the Kiran Nagari Park and transform it into a place of recreation for around 250 families living in the vicinity.

On the other hand, youth in the age group of 14 to 18 years took on the charge of cleaning the surroundings of Shivlok Housing Colony. Within SOS Village Bhopal, mothers and co-workers along with all children carried out a plastic and waste collecting activity around the eight acre village complex and disposed off the same at a common place for recycling.

Besides taking part in cleaning drives, children were also seen to be actively taking part in spreading awareness about the Swachh Bharat Abhiyan; posters with provoking slogans were made for the same purpose.

On this occasion Ms. Anuja Bansal, Secretary General, SOS Children’s Villages of India said, “I am happy to learn about the partnership of Children’s Village Bhopal with the Municipal Corporation of Bhopal. I believe swachhta not only means cleanliness of one’s surroundings but also cleanliness of one’s body, mind, soul, home, surrounding, environment, rivers and the whole planet. Participating in this initiative will teach our children the right attitude of not littering and teaching others also not to do so. And I am positive that this will remain a lifelong practice for them.”

The programme began by sharing with everyone the importance of cleanliness and how it is the responsibility of every human being to keep the environment clean. This speech was followed by inspirational songs that the volunteers sang along with children. As part of the programme, a painting competition was also organised that circled around the theme of Swachh Bharat; this witnessed active participation of many children.

Children, volunteers and the staff of SOS CV Bhubaneswar participated in the cleanliness drive that took place around the areas of the Village, near Sum Hospital Road.

3. SOS Village Kolkata: Initiatives for Swachh Bharat Abhiyan in SOS CV Kolkata started on September 27, 2017, when the Commandant of CRPF along with 20 more from the same battalion joined us to clean the Village premises. This activity was observed by children carefully and was replicated in the same way on October 2, 2017.

The team that enthusiastically took part comprised of the Village Director, Assistant Village Director and other co-workers, who not only cleaned the Village but also implemented team work. This activity lasted for two hours after which, refreshment was served.

4. SOS Village Srinagar: At SOS Village Srinagar, youth from our Youth Homes got the chance to clean the lanes of the local community and also in the lawn of the Youth Home as part of the Swachh Bharat Abhiyan. A session on the life of Mahatma Gandhi was conducted for all children of the Village to educate them about his struggle and contribution in the betterment of India.

Youth were also involved in poster making, where they wrote slogans and quotes of Mahatma Gandhi as a way of paying tribute to him. The programme was concluded with a speech given by a Village Co-worker, who spoke on Gandhi’s message on cleanliness and its importance.

The event was thoroughly enjoyed by all children and youth! simpliolabs.com
Swachh Bharat Abhiyan is much more than just a mass movement. It is where you be the agent of change. So today, let us all pledge to give in our best to reach our goal of an Open-Defecation Free (ODF) India by October 2, 2019.