Together We Transform Lives 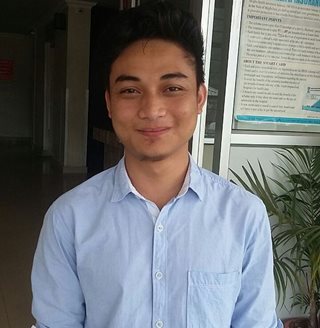 Lamphrang Nongtri is the son of Skila Nongtri, a single mother who looked after eight children. To become a doctor was always a cherished dream for Lamphrang. For him, to only gaze at the doctors in white coats was a joyful moment. Lamphrang was always hard working and performed well in his studies; he was also active in co-curricular activities.

Skila did not have adequate money to cater to the needs of her family of eight children. It was in 2007 that the family was identified for support by Aristotle Lyngdoh, a co-worker of SOS India. The family was enrolled under the Family Strengthening Programme (FSP) of SOS India. As part of the FSP, various activities were organized at regular intervals for all beneficiaries. Support to Lamphrang’s family was given in the form of a CCT (conditional cash transfer) till the time he finished his schooling. Besides this, tuitions were also organized for all children enrolled under the FSP.

Lamphrang passed his class 10 Board Examinations with flying colors and was among the top ten high scorers of his class. Besides studies, he was a responsible son who helped his mother in domestic activities like fetching water from the stream including other household chores. Aristotle, the co-worker who had introduced Lamphrang’s family to the FSP always motivated and guided the boy to help him reach his highest potential. He was also the one who suggested Lamphrang to take up physics, chemistry and biology after class 10. Aristotle had full faith in the boy and also wanted him to score well in class 12 examinations in order to get a medical seat in the government quota without having to appear for an entrance exam.

With proper guidance and support of all co-workers of Shillong, the boy secured 86.67% in PCB (physics, chemistry and biology) in class 12th and was selected under the state government quota on merit basis. this process was further followed by a screening test and personal interview. Aristotle stood by lamphrang’s side at every step. He personally assisted the boy to the Medical College in Guwahati. Expenses incurred on his admission, registration, books and hostel fees was borne by FSP, SOS India. The FSP co-workers are now exploring options to get Lamphrang a scholarship from the state or central scheme to ensure he continues his studies further.

With the support from SOS India, Lamphrang’s impossible dreams became a reality. Lamphrang’s life changed with the intervention of the FSP and for this, he is eternally grateful. senpaisquad.net